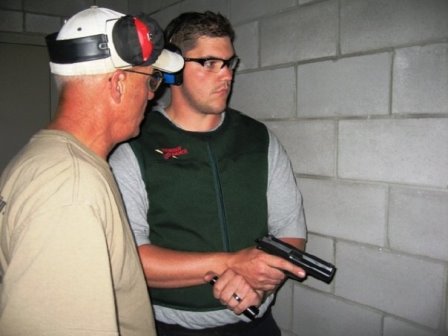 While his sons were in high school, Hal, a US Navy veteran, had a job working as a respiratory therapist on the night shift at a local hospital. Each afternoon, Hal would wake up and head up to the high school to watch his sons at football practice during the season and during the rest of the year he helped drive them in workout sessions. This devotion kept up through Anthony's college football career, with Hal making the trip down to Rice University once a week to watch practice and go to dinner afterwards. After college football was done, Hal kept making the trip down for dinner and soon they settled on a new weekly activity, target shooting.

Unfortunately, shooting isn't free and the cost of ammunition added up quickly for the new but avid shooters. Like many people, they turned to remanufactured ammunition to lower the cost of their weekly shooting outings. It didn't take many jams from out of spec cartridges or inconsistent and inaccurate batches to make them realize that the quality of the remanufactured ammunition they were using could be better. Hal and Anthony decided to start reloading together and began that process on equipment they purchased from a local reloader's widow. Inside a plastic bin they purchased was a single stage press, loading blocks, cartridge boxes, a number of reloading books with notes from the avid hand loader in them. Soon their H&K and Sig were running smoothly on a diet of 180gr 40S&W ammunition made slowly, but carefully on that small press. 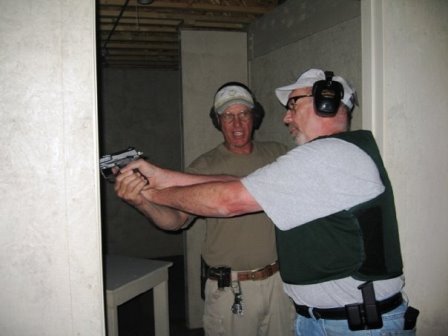 Over the years, they developed a deep understanding of ballistics, loading processes, and created a stable of loadings across the many calibers they began shooting as time passed. They graduated quickly from single stage presses to a turret, then a manually indexed progressive, to an automatic indexing progressive, to an early automated progressive press that fed their personal needs until they decided to turn their hobby into a business. Thier years of experience tuning loads to exacting standards and experimenting with every variable available to them at their weekly shooting outings served as the base for Parabellum Research's successfully product lines. 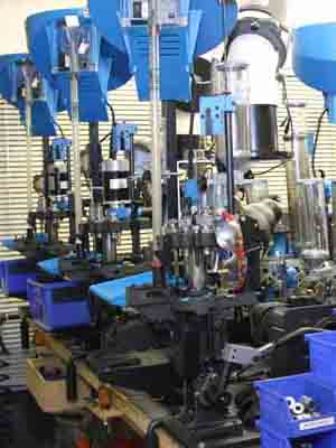 With the support of their wives, in 2009 Hal and Anthony incorporated a business, received their FFL, and turned their best loadings into a brand of ammunition they dubbed Perfect Practice Ammunition™. Since then they have grown from a set of progressive hand presses to the automated, high-speed equipment that the company relies on today. The Perfect Practice Ammunition™ brand grew from a few calibers to include many popular pistol and rifle calibers from the diminutive 380Auto to the monster 500S&W in both new brass casings, the Premium Line, and fired brass casings, the Value Line. Hal and Anthony were fixtures at the local gunshows as they developed their brand and began winning customers over to their ammunition one box at a time.

After being approached by many shooters at gunshows telling them that while they enjoyed reloading, they didn't have the time, dedication, or desire to do it anymore but didn't know what to do with all their brass and components. To address that need, Hal and Anthony created a service they dubbed the Customer Brass Program where customers could drop off their brass and components to be reloaded to their specifications by PBR. This program was a great success for PBR and also increased their loading capabilities and knowledge as customers asked for custom loadings in many exotic and unusual calibers not normally found in the mainstream commercial offerings. As the program grew, competitors in local cowboy action matches began dropping off their components to be loaded. This led to the creation Perfect Cowboy Ammunition™ brand featuring loadings specifically designed for the cowboy action sports to provide ammunition to those in the sport that didn't load their own ammunition. 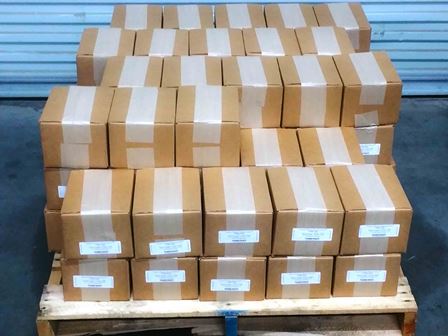 Parabellum Research started expanding its reach by working with shooting ranges, firearm manufacturers, and law enforcement agencies in 2014. During the wave created by the administration at the time, quality ammunition was hard to come by with hundreds of new "manufacturers" turning out ammunition using any component they could find, regardless of quality, to cash in on the demand. Not succumbing to the trend, PBR began supplying these overlooked customers with ammunition loaded with the same care it always had. This led to the creation of the Range Program that serves many of the best ranges in Texas today. In addition, several law enforcement agencies and firearm manufacturers in Texas adopted the Perfect Practice Ammunition™ brand as their standard training and testing ammunition. Parabellum Research soon expanded its offerings to include frangible and lead-free solutions for use in shoot-houses and CQB training by law enforcement and firearm training companies.

Our work supplying firearm manufacturers with test ammunition for newly made firearms and warranty work led to the creation of a Contract Loading Program. Initially the program focused on providing other 06/07 FFLs with flex capacity to supplement their offerings using our proven loadings. Our program allowed them to continue t focus on their base business but offer other calibers without investing in R&D and tooling, trusting our quality ammunition to represent their brand. The program quickly grew to include custom loadings for other manufacturers and individuals who had developed a new cartridge but weren't ready to invest in a production line to support the demand they had created with their initial samplings. Today the program continues to serve many customers and includes front-end work such as brass sorting, cleaning, and processing for companies lack those capabilities. 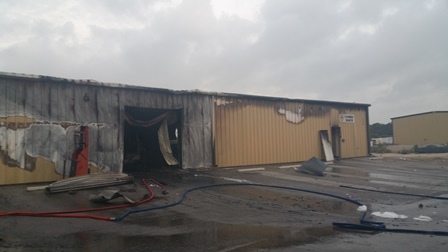 In June of 2018, disaster struck and PBR lost its entire manufacturing facility in a fire. Fortunately, the fire occurred over the weekend when the facility was closed an none of the first responders were hurt while responding. Determined to keep their brand alive and company growing, Hal and Anthony committed to rebuilding the business from scratch. Using their hard earned knowledge, they began the task of finding equipment, rebuilding it to better than new condition, and integrating it into a new production line. While the fire was an enormous loss, it was an opportunity for the company to create better processes and integrate improvements from past experience to create an even better environment for making the ammunition than existed before. Our production line reflects the best of everything we've learned throughout our history of manufacturing with no compromises.

5 months later in November of 2018, Parabellum Research resumed ammunition production in the "Big" 4 calibers (9mm, 40S&W, 45Auto, and 223Remington) and made its first deliveries to its commercial customers that month. Since that time, PBR has been slowly adding back calibers to its ammunition line-up and has restarted sales to each of its market segments, law enforcement, manufacturers, ranges, contract, competition, and retail customers. Since the tragedy struck, millions of rounds of PBR's Perfect Practice Ammunition™ have been produced, purchased, and used by our customers with great results. 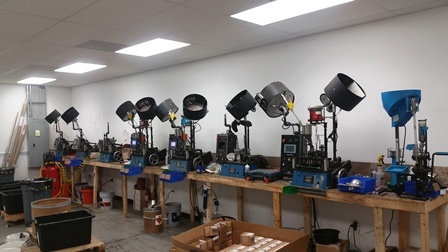 Parabellum Research continues its original mission of producing the best possible ammunition at competitive prices for each of its market segments. Whether that is with new brass casings in our Premium Line and Marshal Line or using fired casings in our Value Line and Deputy Line. Every loading we offer is manufactured to meet all Sporting Arms and Ammunition Manufacturing Institute (SAAMI) standards for both dimensions and pressure to ensure safety in modern firearms covered by the standard. Our stringent standards are met by precisely monitoring physical tolerances during manufacture and by performing on-site ballistic testing of each lot of ammunition. Our customers can rest assured that our ammunition uses only new OEM components, not surplus or pull-down components, and every round is inspected and physically gaged before it is boxed.

If you don't see a caliber you are looking for please email us to let us know what you are looking for. We use feedback from our customers to prioritize the calibers that we are bringing back into our ammunition lines like 10mm, 357Sig, 38Special, 357Magnum, and the many others our customers have enjoyed over the years. We're proud to be a leading manufacturer of quality ammunition in Texas and still a family owned, and operated small business.